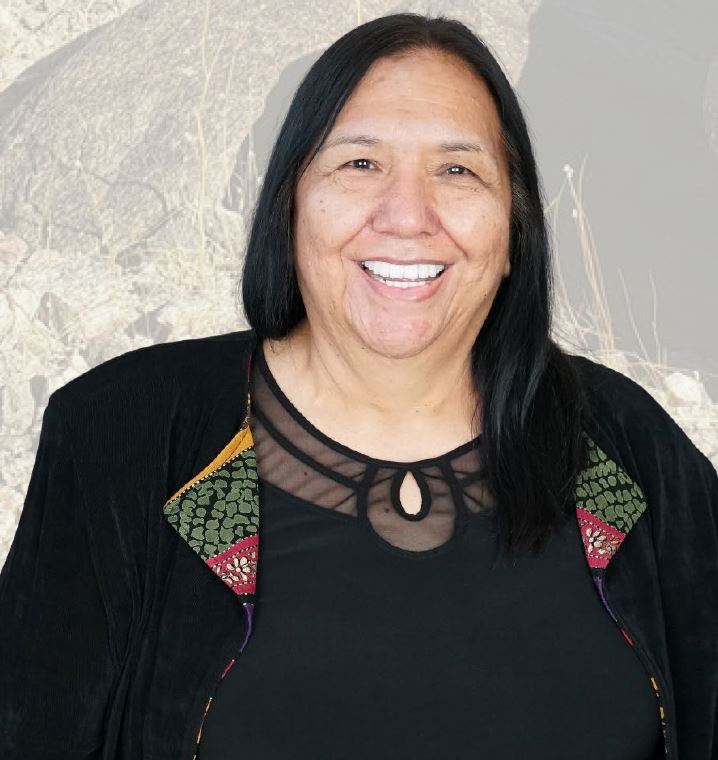 Theresa MikeFounder
Theresa Mike (Si-Mi-Hlot) was born and raised in the Lummi Nation in Washington State. Growing up in
a humble way on the reservation, her parents always encouraged their children to do their best in
school. This fed her personal motto of “never stop learning.” Ms. Mike worked through Whatcom
Community College and later the Lummi Indian School of Aquaculture (LISA) while raising a family,
maintaining her culture, and serving in tribal government. In the 1980s, she helped lead the transition of
the LISA to the Lummi Community College and helped see it through to accreditation and its transition
to Northwest Indian College as it expanded to serve many tribes.

Ms. Mike helped in her tribe’s economic diversification through their gaming enterprises in the 1990s.
She brought that knowledge to bear for the benefit of her husband and children’s tribe, the Twenty-
Nine Palm Band of Mission Indians in Coachella, California. Together, Theresa and Dean Mike were
instrumental in the founding of both Spotlight 29 and Tortoise Rock Casinos. They used the benefits that
resulted for good causes including the Northwest Indian College Foundation, Theresa A. Mike
Scholarship Foundation, and the Native American Land Conservancy, all of which she helped found. Ms.
Mike wanted to further expand upon the good gaming brought to tribal communities as she knew the
importance of healthcare and higher education. While she continues to work towards an Indian health
clinic in the Coachella Valley, she founded California Indian Nations College, which the Twenty-Nine
Palm Band of Mission Indians chartered in 2017. It is her hope that the fire that keeps her fighting for
her communities will inspire others to help better the future for everyone.