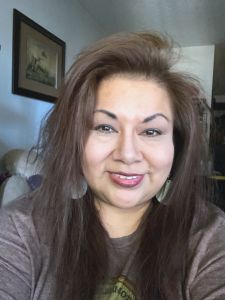 President and Chief Executive Officer Celeste Townsend, MBA (Paiute/Shoshone) brings over 25 years’ experience in Indian and post-secondary education to California Indian Nations College (CINC). She is an enrolled member of the Fort Bidwell Indian Community Paiute tribe in Northern California and is a descendent of the Shoshone-Paiute tribe of the Duck Valley Indian Reservation in Owyhee, Nevada. She obtained her Bachelor of Science degree, majoring in Business and Management and then her Master of Business Administration from the University of Redlands with a concentration in Finance.

President Townsend joined the round table committee discussions of the College’s founding members in March 2015. In a few short months, the College’s visionary, Theresa Mike, entrusted her to lead what became known as the CINC Strategic Planning Committee. The two presented a charter to the Tribal Council of the Twenty-Nine Palms Band of Missions Indians, which chartered the College on September 19, 2017. Soon after, the Council approved and funded a two-year budget and hired Townsend as the Interim President. In January 2020 the CINC Board of Trustees officially hired her as the President & CEO of the College.

Message from the President